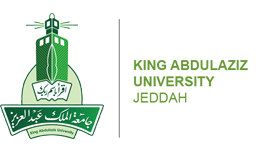 We are glad to announce the official completion and printout of the special issue “Red Sea Biodiversity” in the Journal Marine Biodiversity.

Many of our associated scientists, among others, contributed with 18 of 24 publications to an issue of 300 pages, documenting various aspects of the biodiversity at the Saudi Arabian Red Sea.

Our sincere thanks go to all the contributors.

Please feel free to access the online version of that special issue here.

A special issue in the Journal “Marine Biodiversity”

The Journal “Marine Biodiversity”, with an impact factor of 1.915, welcomes submissions to a special issue with the title “Red Sea Biodiversity” until October 01, 2016.

This contribution towards a better understanding of the Red Sea Biodiversity has the following focus:

The geographical focus of this special issue will be Saudi Arabian Red Sea territorial waters. Authors are encouraged to include data from other parts of the Red Sea for comparative purposes. Contributions should cover a broad range of topics concerning marine biodiversity research, including works on taxonomy and systematics, ecology, ecosystem health and management, long-term trends, neobiota and other related subjects.

If you are interested in submitting a contribution of yours, you may create an account at this page, if you are not already registered for this Journal. Please also make sure that you choose the special issue as shown in the picture below when starting the submission process. 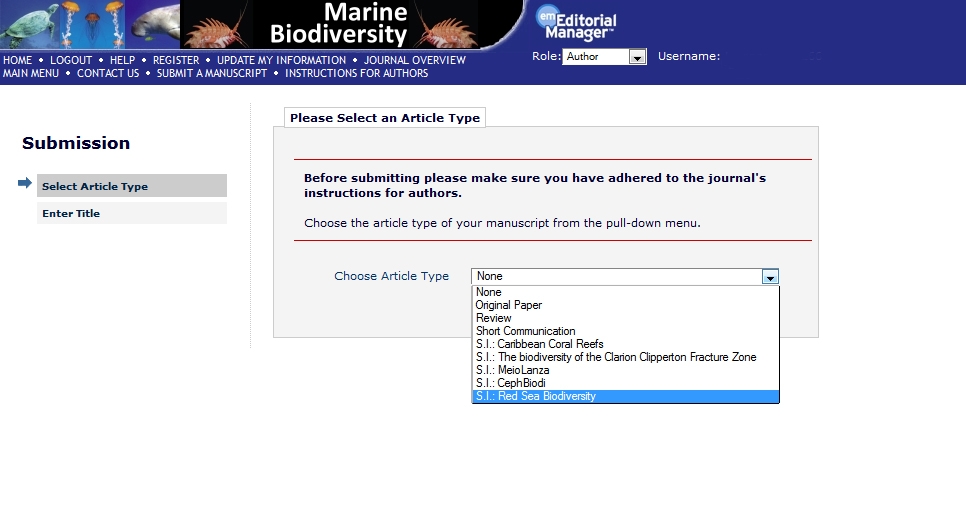 Dr. Mohsen El-Sherbiny and me will be happy to edit your submissions.

The new project homepage is online!

We hereby proudly present our new project homepage, which now features a new design including a smart search engine and the implementation of an Arabic version of all content.
If you have the wish to spread some news in our “Current Events”- section, if you encounter any problems or if you feel uncomfortable with some content or layout characteristics, please feel free to contact the project coordinator (website administrator).

Change of the Project Governance Structure

At the second steering committee meeting of project phase II, which took place on Friday, November 27, 2015, a new project governance structure was adopted. We therefore extend a warm welcome to Prof. Dr. Pedro Martínez Arbizu from the German Center for Marine Biodiversity Research as a new member of the steering committee.

From October 19 to 22, 2016, a project workshop will be held at the city of Wilhelmshaven (Germany). It is also planned to publish a special issue related to the workshop themes at the journal “Marine Biodiversity“. Further Information will be spread via email to the project scientists.

Any other scientists being also interested in participating in this meeting are asked to henceforth contact the Project Coordinator.

We hereby proudly announce the following news to all researchers involved and all people interested in the Red Sea Biodiversity Project:

We are grateful to the high authorities of the King Abdulaziz University for their continuous support of the Red Sea Biodiversity Project, which hereby launches into project pase II, lasting until June 30, 2018.

In brief, the primary goals of project phase II are:

– to identify the remaining species collected in project phase I

– the continuous publication of results

– the production of identification guides to the main animal groups, in order to facilitate in-field identification for specialists, but also for ecologists, students and non-scientific people interested in the Saudi Arabian Red Sea Fauna

– to train scientific employees, technicians and students of the Faculty of Marine Sciences and the King Abdulaziz University in respect to field sampling techniques, species identification and preservation, as well as in collection management